Since deploying its first units nearly a decade ago, the airline has converted approximately 75 percent of its Charlotte hub’s fleet to eGSE. 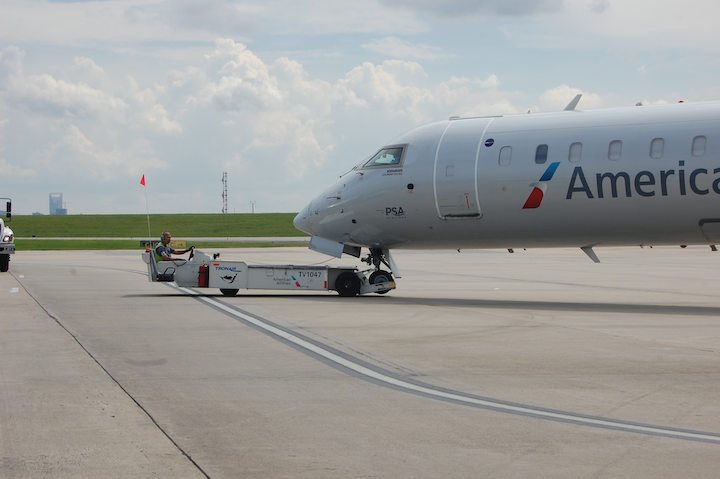 In order to be successful, the right tool for the job is required. Nearly a decade ago, Piedmont Airlines realized electric ground support equipment (eGSE) was the best option for their operation at Charlotte Douglas International Airport (CLT).

Since making its initial move to electric equipment in 2010, the subsidiary of American Airlines has continued to invest in eGSE. Now 75 percent of Piedmont’s GSE deployed at American’s hub in North Carolina is battery-powered.

Following the economic downturn in 2008, fuel prices were rising. That helped spur the company’s decision to explore electric equipment.

Back then, explains Brian Wemple, Piedmont Ground Handling’s director of planning and support, there was still a lot of hesitation within the company to transition to electric equipment.

He says, at the time, many eGSE purchases were made because airport authorities, air quality boards or municipalities were mandating it. But few operations were choosing to move to electric.

But the airline got support from CLT, as the airport funded charging stations. Additionally, the airline partnered with Mecklenburg County to receive grant money. As a result, 80 percent of the electric tractors/pushbacks that replaced diesel units were acquired through grant money. Wemple explains approximately 15-25 percent of the vehicle cost was reimbursed through the GRADE program.

“This was a time when the airlines had to be very particular about what they were spending money on. So our ability to go fund this new equipment during that time period – especially electrical equipment – was awesome,” recalls Wemple. “It was not a time of big spending. But we did a lot of homework, and we understood what the benefits were with the electric versus other products.

“We haven’t turned back since.”

While the airline's interest in implementing eGSE began in 2008, the first electric units were deployed in 2010.

The first pieces of equipment put into service were Harlan bag tractors, and soon after Piedmont added TLD tractors.

“When we started doing all this electric (conversion), the price of bag tractors was very high and bag tractors were used for just about every function on Earth,” says Fred Maslow, Piedmont Ground Handling’s station resource allocation analyst.

With the heavy use of baggage tractors at the time, fuel savings were realized quickly.

When the current expansion project at Charlotte Douglas concludes by 2021, additional boarding bridges will be installed with electric PCAs mounted underneath. And as Tier V standards come into focus, Piedmont officials say acquiring more electric equipment makes sense for their operation.

“People have a lot of concerns. ‘Oh, it’s electric. What if the charge is low? What if the unit fails on me when I need it for a critical mission?’” Wemple says. “With proper management, and a lot of exposure and comfort with the electric products, you get to the point where that concern goes away.

“The perfect example for us is our decision to invest in electric aircraft high-speed tow vehicles,” he adds. “You don’t want an airplane basically broken down on the ramp and stuck.”

Piedmont is doing its part to eliminate that stigma. Piedmont ground handles all regional flights for American Eagle at CLT, amounting to 320-350 operations per day. Maslow notes Piedmont uses eGSE every chance it gets at all its stations – not just in Charlotte.

“A lot of our stations have trouble fueling,” Maslow explains. “If they have a fueler on the airport, typically the cost goes through the roof. Or if we have to do it, we have to drive to the other side of the airport to put fuel into it. Neither one is a good option when you can just plug (eGSE) in.”

Maslow notes ground handlers get in the habit of charging their equipment when on break, which helps keep eGSE ready to use.

“Charlotte is a good example because it’s a hub for American. They start early in the morning, and they go to typically 10 p.m. at night. So you’re looking at a rather long day,” Maslow says.

“You have to design the setup properly,” Wemple points out. “If your employees are staged in one area, your chargers should be right next door. You can’t put your chargers across the field because no one’s going to want to drive all the way to the chargers to plug it in, and then have to walk two miles to get to the breakroom.”

With this in mind, Piedmont installed PosiCharge units at several gates so pushbacks can be charged where they’re used.

In addition to good charging set-ups and recharging practices, selecting the right battery capacity is vital to ensure eGSE can handle the requirements of the operation and/or users at a given station.

“Don’t skimp on the batteries,” Wemple advises. “You will lose some capacity over time. You buy a 500-amp hour battery, at the end of its useful life, it won’t be 500 amp hours – that’s just the reality of it. So we made the decision in Charlotte, knowing it’s a large operation, to actually go with a 625-amp hour battery. It’s a little more money up front, but we know that through the life of the battery, that we’ll get a successful run-time.”

Piedmont has realized numerous benefits from its transition to electric equipment.

“It’s that simple,” Maslow says. “You’re going to have reduced maintenance. It’s a huge part about why you go electric.”

Electric GSE has also allowed Piedmont to remove commercial vehicles from the ramp.

“Typically, they’re going to leave (a fossil fuel powered vehicle) running, idling constantly. It’s the worst thing you can do for a diesel or gas vehicle,” Maslow adds. “We solved that problem.”

Piedmont has put more than 619,000 total hours of run-time, or more accurately wheel spin-time, on its eGSE.

“If you look at gallons per mile, that’s a lot of fuel we saved,” Maslow says, noting idle time with fossil fueled equipment would be even more. “At Charlotte, because of heavy use, Piedmont gets more bang for its buck.”

Piedmont is still pushing to electrify other areas of its fleet.

The Guinault Lebrun combo GPU/PCA units are not electric, but having one piece of equipment that performs two tasks reduces the footprint required for GSE and limits emissions on the ramp.

“The combo GPUs aren’t electric. But they’re designed for environments where we don’t have access to electricity. But again, we were very interested in both the efficiency of the unit itself and also the efficiency it provides to our operation by having one unit versus two to provide services,” Wemple says.

Currently, the airline enlists small diesel-powered walk-behind belt-loaders. But they’d like to move to a simple, electric model.

“It’s our belief, in our applications, the drivable belt loader is overkill for what we need,” Wemple explains. “All we need it to do is go from its staging area to the airplane and then back when it’s done.”

For Piedmont, eGSE continues to be the best fit. Wemple says the airline believes eGSE is prime for the airport environment because users aren’t traveling at high speed or going long distances, and power is available. Basically, he says the challenges that electric cars face on the road don’t exist at the airport.

That has the team at Piedmont optimistic about the future of eGSE.

“We are looking forward to new technologies that are being developed,” Wemple says, noting items like collision avoidance and autonomous vehicles. “We’re very excited about the future of battery technology. Lead acid is a solid performer for us, but we’re anxious to find new opportunities to find battery technology that’s even more reliable.”

US Airways Express Turns to Electric

IATA's Ramp of the Future is getting ready to take off with a connected, ecological, digital, autonomous ramp (CEDAR).
International Air Transport Association (IATA)
Nov 7th, 2019 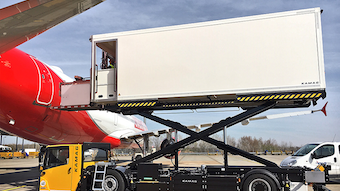 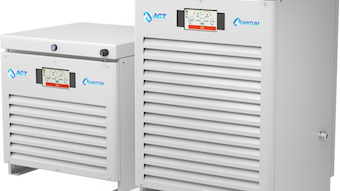 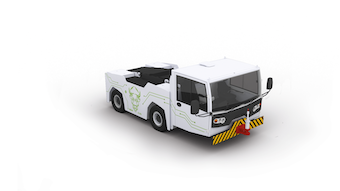 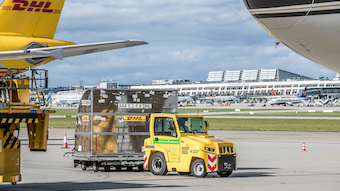 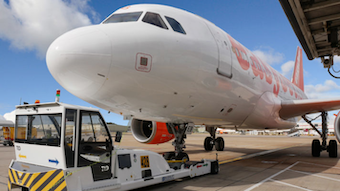 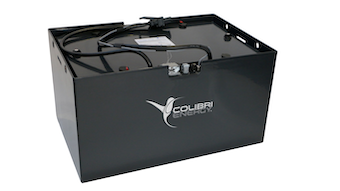 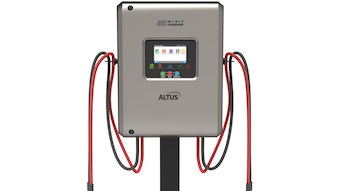 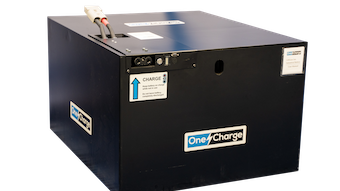 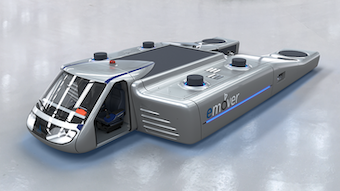