Researchers at the University of Dayton Research Institute used their expertise in fuel research to discover contamination that caused jet-engine failures that occurred on airplanes starting in 2017 and led to a July 2019 safety alert from the federal government.

“We’re aware that the FAA, NTSB and other aviation organizations, along with industry, are working on training and education for aircraft operators and airport personnel, as well as making recommendations for refueling system design and fuel handling policy,” said Steven Zabarnick, who heads UDRI’s fuels and combustion division.

“We believe these steps can go a long way toward preventing the problem from recurring.”

Jet fuel contamination can have catastrophic results, said Zabarnick, whose team figured out that seven military and civilian business jets at Eppley Airfield in Omaha were serviced with fuel that employees had mistakenly contaminated with diesel exhaust fluid (DEF). That fluid, which contains urea, is supposed to be put into truck exhaust systems. The employees instead put it into jet fuel tanks, thinking it was a similarly colorless fuel icing inhibitor used for jet fuel.

The urea in DEF caused tiny white clusters to form in the fuel, clogging filters and other fuel system components, UDRI researchers found.

The contamination led to four in-flight engine shutdowns on the military jets, though all landed safely.

“Although we can’t speculate on any particular incidents, we can say that any time there is an engine failure in flight there is a possibility of a catastrophic event,” Zabarnick said. “We were quickly able to discover the cause due to our knowledge of fuel interactions with urea — the cause was identified within a few days of the first incident.”

The incidents did not involve any commercial jets because they are not subject to the same fueling procedures, Zabarnick said.

The National Transportation Safety Board in July issued a safety alert after the diesel exhaust fluid mistake occurred during fueling of an air medical flight in May 2019 at Punta Gorda Airport in Florida. Both engines on the plane failed in air, but the plane diverted to an airport and safely landed without injuries to the seven people on board, according to the NTSB.

In August 2018 at Miami-Opa Locka Executive Airport in Florida five aircraft had the contaminated fuel injected and another nine were refueled with equipment exposed to it, NTSB reported.

The NTSB said that at both Miami-Opa and Eppeley airfields the aircraft “that were directly exposed to DEF experienced service difficulties and unplanned diversions resulting from clogged fuel filters and fuel nozzle deposits.”

Zabarnick’s team also worked with the Federal Aviation Administration to confirm the role of DEF contamination in the 2018 and 2019 incidents.

NTSB recommended changes in storage practices and labeling of DEF and de-icing fluid, more training of airport staff in handling and storage of the fluids, and removal of potentially contaminated fuel from aircraft.

A working group of government officials, airline and fuel industry trade groups, associations and companies issued a June report recommending an array of education and training programs, redesign of fueling systems and changes in fuel handling policies and processes to to to keep the mistakes from happening.

“Aviation fuel is critical to aviation safety, and the potential for contamination of that fuel is a hazard that the industry must mitigate,” the report said.

The group also suggested studying ways to identify contamination prior to delivery to an aircraft.

“We haven’t yet been contracted for further studies,” Zabarnick said. “Future studies could include developing methods to clean contaminated fuel systems and/or detecting contamination during refueling.”

Last year UD did about $170.5 million worth of research, with UDRI accounting for more than 90 percent of sponsored research, according to Pamela Gregg, communication administrator. Major research areas for UDRI include advanced manufacturing, autonomous systems, energy and power, human technologies, hypersonics, materials, sensors, software, structures and systems, and sustainment, she said. 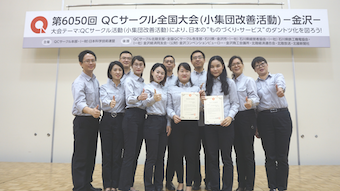 Company received the “Most Impressive” award for a second consecutive year from the Union of Japanese Scientists and Engineers.
HAECO Xiamen
Jan 10th, 2019
Fueling Equipment & Accessories 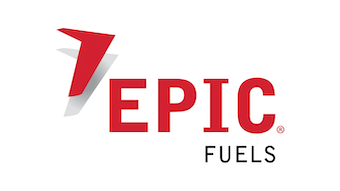 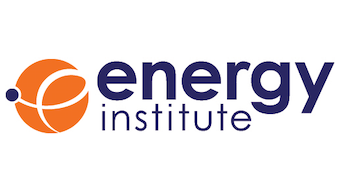