IDEA Public Schools officials reversed course Monday evening, saying the organization will not sign an eight-year lease on an eight-passenger aircraft, an agreement unanimously approved earlier this month by the charter's governing board. District leaders said they planned to use the jet to fuel the organization's rapid expansion across the southern United States, with private donors footing a bill expected to approach $15 million over the life of the lease.

"Opponents of education reform have falsely attacked a prudent management decision, creating a distraction from our core work," IDEA founder and CEO Tom Torkelson said in a statement Monday evening. "Though at no time public funds would have been used for the aircraft, IDEA has decided not to move forward with the lease."

IDEA educates about 53,000 children across five Texas regions and Louisiana, with plans to enroll more than 100,000 students by 2022-23. The state's largest charter network will open its first four Houston schools in August 2020 and reach into Florida by 2021.

Charter officials anticipated receiving criticism about the arrangement, with one board member declaring at the early December meeting that district leaders should be prepared to publicly justify the expense. Following online criticism from the Texas AFT, the state's largest teachers union, and questions from the Houston Chronicle on Monday, IDEA officials initially defended the deal in a statement.

"It's not a surprise that a strategy aimed at accelerating growth would come under attack," the district initially said.

IDEA officials said Monday afternoon that costs associated with the jet would have been paid by IPS Enterprises LLC, a private company wholly owned by the charter network. IPS Enterprises serves as a management organization for IDEA's campuses outside of Texas.

The Chronicle asked IDEA whether the company receives taxpayer funds via grants or management fees paid by the charter. District officials did not respond to the inquiry.

By Monday evening, hours after the Chronicle published a story about the jet lease online, IDEA turned its plans around.

The deal would have been highly unusual among charter schools, which are publicly funded but privately operated. The Texas AFT, an ardent charter opponent, swiftly condemned the expense as an example of charter school largesse.

"Ultimately, it means somebody's kids, somewhere, are going to have a couple million more dollars put into their programs, rather than put into flying adults around the state of Texas," Texas AFT President Zeph Capo said Monday evening.

While IDEA receives the vast majority of its funding from local, state and federal taxpayers, the charter reported about $35 million in grants and contributions from non-governmental sources in 2018-19, equal to 7 percent of its revenue. Bond records show the network's donors include many of the charter movement's wealthiest supporters, including the Bill and Melinda Gates Foundation, the Walton Family Foundation, and the Laura and John Arnold Foundation.

Founded in the early 2000s in the Rio Grande Valley, IDEA quickly grew into one of the region's largest school districts, with 43 schools opened to date. All but two of those campuses received an A or B grade under the state's academic accountability system this year, joining several other districts that have posted remarkable results in the high-poverty, predominantly Hispanic Rio Grande Valley.

IDEA since has opened another 48 schools across four other Texas regions -- Austin, El Paso, Fort Worth and San Antonio -- and five schools in Louisiana. The charter's elementary and middle school students mostly showed above-average growth on Texas' standardized tests in 2019. Among Class of 2018 graduates, 99 percent finished high school in four years and 86 percent enrolled in a Texas college or university.

In their earlier statement Monday, district officials said the location of IDEA's Weslaco headquarters, in the Rio Grande Valley, causes logistical hurdles for staff visiting the network's other campuses.

Gary Miron, a professor of education at Western Michigan University who closely tracks charter management organizations, said fast-expanding operators such as IDEA have grown in number and stature over the past 15 years, aided by wealthy donors frustrated with the performance of traditional public schools.

"It's hard to start a school, and there are not many mom-and-pops out there," Miron said. "The (education management organizations) became the vehicle for growth, and that's why we've seen this continued, dramatic growth. ... They're still the darlings of the philanthropic sector, so they continue to get that great funding."

Texas law gives relatively wide discretion over private donations to governing boards of traditional and charter public schools. In the most notable local case, the Kinder Foundation pledged $7.5 million to supplement construction of Houston ISD's new High School for the Performing and Visual Arts. The organization received naming rights to the campus as part of the agreement.

Visit the Houston Chronicle at www.chron.com 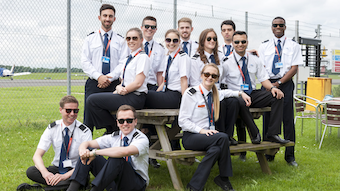 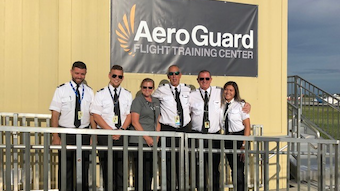 AeroGuard’s core mission is to help young men and women create better futures for themselves through a career as commercial airline pilots.
Nov 13th, 2019 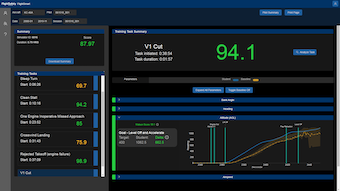 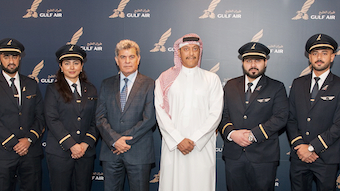 A group of 8 pilots are now operating as Second Officers to complete a set of flying hours and earn their next stripe to become First Officers in the future.
Gulf Air
Aug 21st, 2019
Flight Training