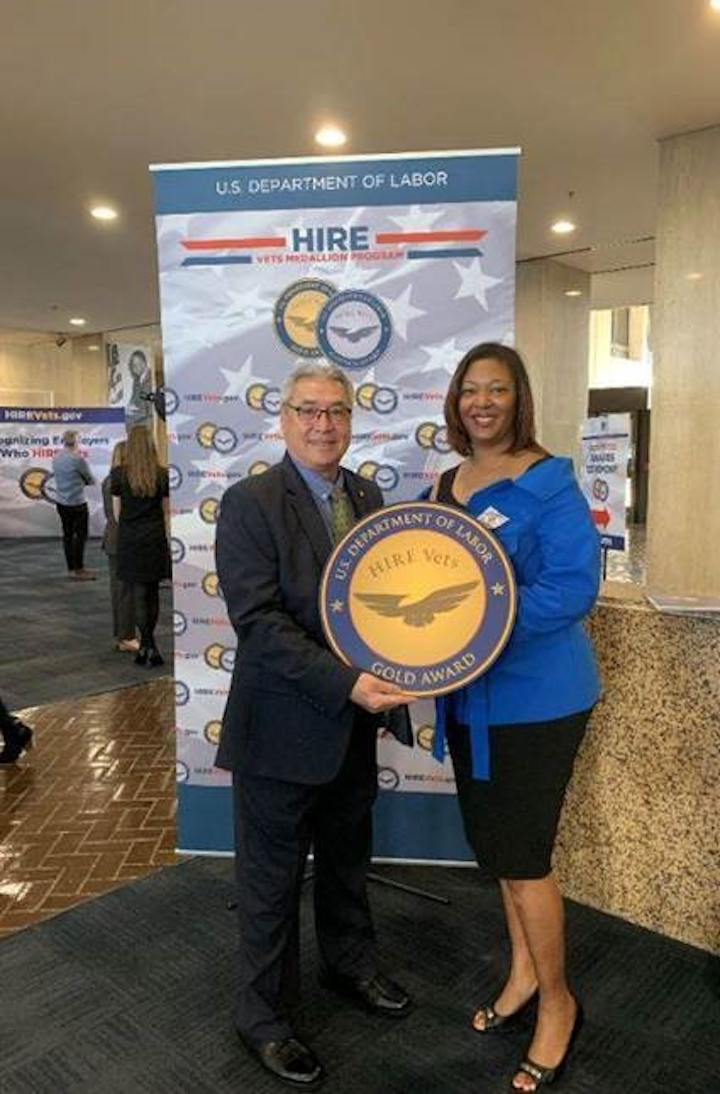 Gary / Chicago International Airport (GYY) received the prestigious HIRE Vets Medallion Award, an honor bestowed by the United States Department of Labor that recognizes job creators that recruit, employ and retain veterans’ who have served our country. The award ceremony was held in the Great Hall of the U.S. Department of Labor in Washington, D.C.

“This award is a tremendous honor, as our team has made a concerted effort to attract veterans for available positions at the Gary / Chicago International Airport,” said Duane Hayden, executive director of GYY and himself a veteran. “The high-level skills they acquire in the service of our country is highly transferable to our mission and provides our airport a distinct competitive advantage.”

Accepting the award on behalf of the airport were Business, Development and Planning Manager Henry “Hank” Mook and Human Resources Coordinator Ralynn Crockett. Mr. Mook is a veteran himself, having retired as the Command Chief Master Sergeant of the 181 Intelligence Wing of the Indiana National Guard, and Ms. Crockett is the airport’s human resources officer and has been instrumental in the airport’s outreach and engagement efforts attracting and employing veterans.

The “Honoring Investments in Recruiting and Employing” (HIRE) Medallion Program is the only federal-level award recognizing employer efforts to attract and retain United States service personnel upon their return to civilian life. The United Stated Department of Labor Veterans’ Employment and Training Service (VETS) administers the medallion program, with award recipients required to meet rigorous criteria.