The Dayton International Airport didn’t meet its goal to add one new flight in 2019.

But airport officials say they hope to add air service to one additional market in 2020, and the Sunshine State is high on their wish list.

“We’re looking at some areas such as the panhandle, the Florida markets, different things like that,” said Gil Turner, Dayton’s interim director of aviation. “Those are leisure markets we’d like to focus on to try to get at least one for next year.”

2019 was a challenging year for the airport, given declining passenger traffic and decreased seat capacity.

But city and aviation officials say things are much better than at other U.S. airports of Dayton’s size, and they are optimistic that the facility could see some growth next year.

The airport for years has worked to try to attract new flights, add seat capacity and add new airlines.

More than a year ago, then-Aviation Director Terry Slaybaugh said the airport was interested in pursuing air service to Boston, Las Vegas and Phoenix.

Turner, who took over after Slaybaugh resigned in July, said airport representatives met with a variety of airlines about 11 times throughout the year to talk about additional seat capacity to current and new markets.

He said the airlines generally speak positively about Dayton. But, he said, the airport was not able to obtain a new market, as hoped.

The airport has not given up on pursuing flights to Boston, Las Vegas and Phoenix, which are among top travel destinations from Dayton, even without nonstop service, Hughes said.

But acquiring more nonstop flights to Florida destinations are especially attractive for Dayton because a large number of travelers fly to the Sunshine State every day, Hughes said.

Adding new flights and destinations is solely the decision of the airlines, and they consider competition, connectivity and aircraft availability, Hughes said. Gaining new air service is a lengthy process.

Travelers in this region have many aviation options, Hughes said, considering how close the airports are in Cincinnati, Columbus and Indianapolis.

The Dayton airport needs to do a good job to tell its story and show how the local community can support service to new routes, she said.

“We continue to review what our top markets are, if there has been change, new businesses in the region and their travel demands, new airlines, new airline routes and where our community needs to travel,” Hughes said.

Dayton City Manager Shelley Dickstein said there will be meetings next year to go over the strategies for growing air service.

“We’ll have more data and more recommendations coming your way with regards to how to strengthen and enhance this activity to have hopefully different results,” Dickstein recently told city leaders.

This was a challenging year for the Dayton airport.

Dayton is among the five “small hub” airports of its size that is not growing, this newspaper found. There are about 69 airports designated as small hubs.

Dayton’s average air fare during the second quarter of 2019 also was one of the highest among the 100 largest U.S. airports, this newspaper reported.

The airlines at the Dayton airport saw a 5.8% decrease in seating capacity through the third quarter, compared to 2018.

The airport saw a 1.4% jump in seating capacity in the first three quarters of last year, and officials at that time hoped to grow capacity by 3% this year.

But capacity declined in part because Boeing 737 Max airplanes were taken out of service earlier this year after a couple of highly publicized crashes.

That resulted in some air carriers taking larger planes from the Dayton airport to use at other facilities, and they switched out planes in Dayton with smaller aircraft, Turner said. Some air carriers expect to resume service with Boeing 737 Max planes next spring.

“There’s a shortage of aircraft, period,” Turner said. “But we know that Dayton can support larger airplanes going to markets such as Denver, maybe Charlotte and places like that.”

The airport has set a target of increasing seat capacity by 3 percent in 2020.

The Dayton International Airport’s problems are minor compared to the very grave situations facing many other mid-sized airports across the nation, said Dayton Mayor Nan Whaley.

Large airports have been able to attract travelers with more flights and lower fares, while drastic consolidation in the airline industry means fewer flights and higher fares at small- and medium-sized airports, officials say.

“This is an issue we have very little control over, and that’s what’s so frustrating about it,” Whaley said.

But the airport continues to be a leader in jobs creation in the region, and about 2,000 jobs were added in 2019 through new development projects around the aviation facility, officials said.

NorthPoint Development, the company constructing the new buildings at the airport, estimates that about 500 new jobs will be created in 2020, Turner said. 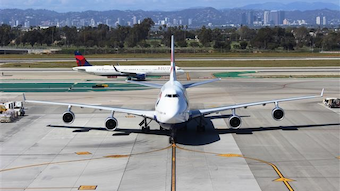 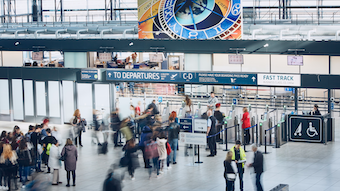 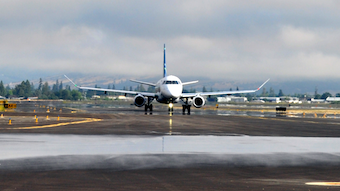