OAK RIDGE, Tenn. — A future airport could allow planes to take off and land from the Heritage Center at East Tennessee Technology Park in Oak Ridge, known by many as the former K-25 site.

Billy Stair, a spokesman for Metropolitan Knoxville Airport Authority(MKAA) led a tour of the property for the planned airport on Wednesday afternoon. While a memo sent out before the meeting stated the tour was for the MKAA Board of Commissioners, the van-full of people taking the tour also included Blount County Commissioner Joe Dawson and Oak Ridge resident Ray Garrett.

Stair said the airport will be in an area that currently includes parking lots, some vacant land, a section of a railroad, and two buildings that will have to be demolished.

The buildings are on opposite ends of the future runway. As identified by signs, the buildings are one K-1225 and K-1007, in keeping with the naming convention of giving buildings in the area the letter K and a number. Stair said these buildings are owned by Manhattan LLC, a private company. He also said the railroad is owned by the company Energy Solutions. Much of the land, however, is owned by the U.S. Department of Energy and Community Re-use Organization of East Tennessee (CROET). Stair said DOE is willing to transfer its land to the MKAA rather than selling it.

Stair said the fill soil to help level the airport's land will come from a nearby ridge.

Bryan White, MKAA vice president of engineering and development, said at the meeting the runway will be 5,000 feet.

In comments before the tour, Stair explained the area's history and the reasons behind wanting an airport. The former K-25 site, or the Oak Ridge Gaseous Diffusion Plant site, was constructed and initially used during World War II's Manhattan Project. Uranium enrichment was performed there until 1987. The DOE website stated these uranium enrichment operations ended in 1987.

Stair said the contractor UCOR had been involved in cleanup efforts at the site since then.

"This site is now totally clean," he told the visitors.

Stair said an airport on the site will help draw in private industry and make the city of Oak Ridge less "disproportionately affected by whether the federal government decides to spend money there."

He gave the example of Coquí Pharma, which is considering building a plant for medical isotopes at Heritage Center, as a company that would benefit from an airport. As Stair explained, these medical isotopes have a 62 hour half life, and Coquí Pharma would prefer to ship them as quickly as possible. He said having an airport there would save the company $2.4 million per year. 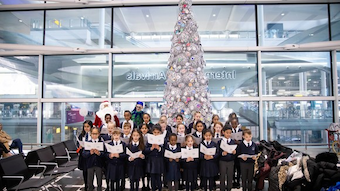 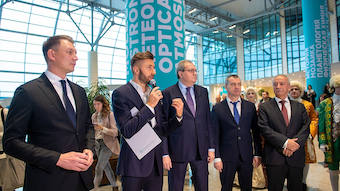 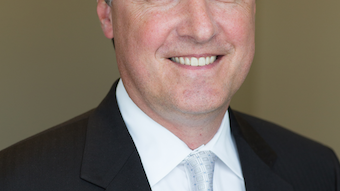