The following is the unofficial transcript of a CNBC EXCLUSIVE interview with Delta Air Lines CEO Ed Bastian on CNBC’s “Squawk Box”. 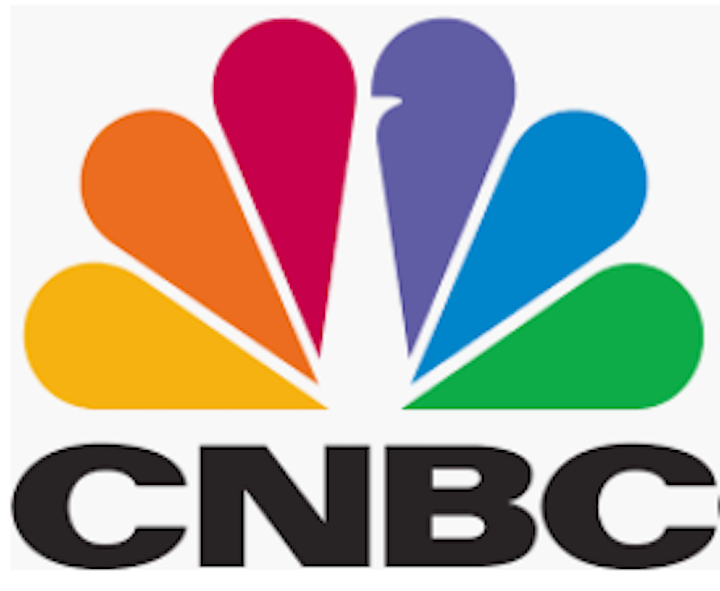 The following is the unofficial transcript of a CNBC EXCLUSIVE interview with Delta Air Lines CEO Ed Bastian and CNBC’s Phil LeBeau on CNBC’s “Squawk Box” (M-F 6AM – 9AM), Tuesday, January 14th. Here is a link to video from the interview on CNBC.com.

All references must be sourced to CNBC.

JOE KERNEN: Delta Air Lines--sorry Phil--out with quarterly results. Let’s get the numbers now from him. I’m not the only one that gets a little bit overwhelmed at times with current technology. So, I don’t know how good – my kids are much better than I am. And it’s just like -- it’s a boomer complaint. But, do you have any problems--are you on Instagram, Phil?

PHIL LEBEAU: I am not on Instagram. I am on social media, but not on Instagram. We’ll talk about that another time, Joe. Let me give you the numbers on Delta. Q4, beating the street by a wide margin. Earning $1.70 a share. The estimate was for them to earn $1.40 a share. Revenue coming in better than expected. $11.44 billion for the quarter, about $100 million better than expected. Also, better than expected on total revenue per available seat mile, as well as its profit margins. Let’s bring in Ed Bastian, the CEO of Delta, and let’s discuss these results. What did the analysts miss here? You’re well above the expectation here.

ED BASTIAN: Well, it’s a great day at Delta. This is – today We announced our full year results. Not just the fourth quarter but the full year. Best record results, both revenues, profits, operation performance, customer satisfaction, in our history. And we’re really proud of the Delta team. There’s core strength in our brand. And, you know, revenues are up 7.5%. The largest airline in the globe now. This year we got that title back and we’re intending to keep it, obviously. But also, we have been able to translate that down to profit. So, $6.2 billion profit for the year. Best profit in our history. EPS up 30% for the full year.

PHIL LEBEAU: But, with regard to the fourth quarter: was Thanksgiving better than expected? Was it a shorter period between Thanksgiving and Christmas that you didn’t have the business lull? What was it that people did not fully appreciate?

ED BASTIAN: The demand was really healthy. It was a strong holiday period. And as a result of that, we were able to take, you know, revenues – grow revenues, grow our capacity, particularly domestic? And we delivered great results, which we see going into 2020, as well.

PHIL LEBEAU: We’ll talk more about your result and about your outlook for 2020 in just a bit. But I have to ask you about what is really dominating the news in the airline industry. And it has to do with Boeing. New CEO Dave Calhoun started yesterday. Not sure if you’ve had the chance to have a conversation with him since he was named to be the next CEO at Boeing. Give me your perspective in terms of both Dave as an executive, as well as what you think he will do now that he’s running that company?

ED BASTIAN: I know Dave. I have known him for a long time. I have a tremendous amount of respect for Dave. I think the leadership that he will bring has been tested in his other, you know, past years with General Electric and other roles he has been in. He knows the company well. He’ll be able to get in and have an impact. And I think you’ll see his name continue to elevate at Boeing in terms of making the type of changes that are necessary.

PHIL LEBEAU: Any reaction to the text messages and the emails that came out last week? Really it was pretty clear that many of these engineers or some of the engineers at Boeing had little regard for the customer, the airline. And they used some pretty derogatory language.

ED BASTIAN: It’s been widely reported that there’s a cultural issue at Boeing for some time now. And Dave will clean it up.

PHIL LEBEAU: Does that concern you that there’s a culture issue?

ED BASTIAN: It doesn’t in that it’s not something that’s affecting us directly. Listen, Boeing is a great company. It produces incredible technology. They need to get through the distraction. And Dave is the right leader to get them through.

PHIL LEBEAU: Let me ask you about what you call the premium revenue, the non-seat in the plane revenue, whether that’s through Amex, whether it’s through some of your other products. That continues to grow there.

PHIL LEBEAU: Do you look at this as though you have a little ecosystem where people are paying essentially miles as currency? And you’ve had record growth in fourth quarter. What – your upsell was what, $150 million added to the bottom line, right?

ED BASTIAN: Yeah. We carried 204 million customers this year. Our best in our history. That’s a platform for us to continue to expand our brand. Whether it’s Amex, and the work we’re doing on the loyalty arrangement. Whether it’s through technology. I was out at CES, I spoke. I delivered a key note last week, talking about all the technology that we’re going to be able to bring, accessing that same distribution platform with 200 million customers. And customers really want quality service. We’re not an industry, ten years ago, where it was very much price was determinate around how we performed. And it was a commodity business. We have de-commoditized our industry—certainly at least our sector has, at Delta. And we’re able to give customers better value for money and better product for money. Competing on quality, not just price.

PHIL LEBEAU: Do you find that customers are increasingly more willing to pay for miles so to speak? Whether it’s through Amex or other products?

ED BASTIAN: Absolutely. One of the stats we’ll be talking about on the call is that 70% of the customers that do buy up to a higher-class product, will do so on a repeat purchase.

PHIL LEBEAU: Quickly: 2020, what are you thinking?

ED BASTIAN: 2020, right now, it’s looking like a good year. It’s off to a good start. You know, top line revenue is growing again, up 5 to 7%. We hope to grow our earnings in EPS. But, you know, most importantly I want to give thanks to the Delta people. They are an amazing team of people. We’re in a service business. They put it on the line every day for our customers. And I’m just really proud of them.

PHIL LEBEAU: Ed Bastian, the CEO of Delta, joining us on day, guys, where they beat on the top and the bottom line. And really, on the bottom line, $1.70 a share versus the estimate of $1.40 a share. Guys, back to you. 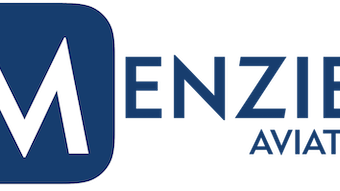 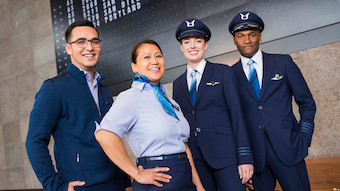 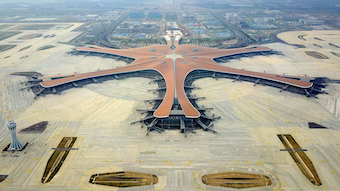