The secret to achieving anything is to follow your heart and believe in your dreams – at least that’s what Guinness World Records title holder Yosuke Chatmaleerat will tell you. 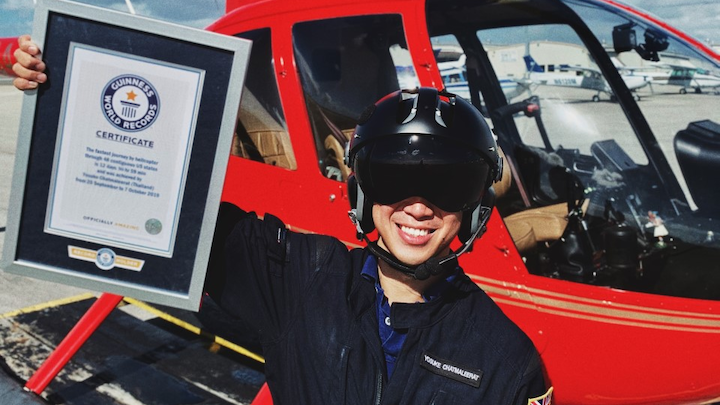 The secret to achieving anything is to follow your heart and believe in your dreams – at least that’s what Guinness World Records title holder Yosuke Chatmaleerat will tell you.

As a child, he had a dream of becoming a well-versed classical pianist, an Olympic gymnast as well as a helicopter pilot – and now he has nearly managed to accomplish all three.

From being the youngest in his class to attend the Royal Academy of Music, to starting his gymnast career a bit later in life at the age of 21, Yosuke also has one more superlative to his name: being the fastest to journey by helicopter through 48 contiguous US states.

That’s why for this year’s Guinness World Records Day celebration, we’re taking flight into Yosuke’s journey to see how the Spirit of Adventure fueled his inspiration for record breaking.

“In 2017 I was in the hospital after some gymnastics injuries. Unsure of whether or not I would be able to return to the sport, I began envisioning myself flying over Hawaii like a bird. I believe the things my heart wanted the most, the things I knew I would regret had I not accomplished were presenting themselves to me. The morning I was discharged, I traveled to Maui, took a helicopter tour, and told all the fellow passengers I was going to become a pilot - the rest is a history.”

Yosuke wanted to become a pilot because he valued the feeling of flying – for him, the glamour of being able to fly both helicopters and planes (which operate quite differently) were never the selling point.

He accredits this motivation to being one of the secrets to him completing his license, along with having an instructor and a flying school that prioritizes safety and maintenance.

Although many might think that flying a helicopter and plane are relatively similar, Yosuke mentions that they are indeed the very opposite. Not only are the engines in entirely different places, but flying airplanes are mire procedural awhile helicopters require a lot of coordination.

However, the challenges that come with piloting helicopters are much more enticing to him.

“It can be difficult to find a balance between the practical flying and the studying demands of pilot training. Balancing that with taking care of your physiological needs and health, can be challenging. A student pilot must be very disciplined and self-motivated. This comes naturally if you love what you do, and I am very fortunate to have acquired many valuable skills of preparation and intentional practice from gymnastics and classical piano, which have helped me through my flying career.”

Becoming a pilot wasn’t quite enough for Yosuke, as he wanted to do something greater with his piloting license.

Though he recognized the challenge of trying to fly to all 48 continental states in the shortest time possible, his underlying cause inspired him further.

Helicopter pilots make up about 5% of the pilot population, and so Yosuke wanted to use his record to bring awareness to this industry.

Planning this process was the furthest thing from easy, as the route would ultimately determine if he achieved the record or not.

“The key for a record attempt on this large of a scale was ‘Less is More’. Because the record was to be attempted by a single pilot, the simpler and the less workload, the better. First, I planned a simple route through all 48 states with the least zig-zagging. Then, I jotted down all the stops that would allow enough fuel between flights, taking into consideration possible headwinds, airport classes, available amenities and ground lights.”

One of the greatest risks for this attempt was of course, fatigue, as one wrong move during a difficult time in flight could be fatal.

But as Yosuke’s focus was safety and risk management, he was sure to take that into consideration throughout the title.

Training for the attempt included using prior instructional classes along with previous trips to help him on his journey.

Yosuke had previously made solo trips from New York City to Miami, New Orleans, Denver, Utah, and the Grand Canyon, so his attempt was a matter of combining them all together.

Even at times when he thought about giving up during the journey, he managed to overcome it by talking himself through the process of record breaking.

“I think my own way to overcome the difficulties along the way was to simply recognize the feeling without any judgment, then contemplate on it with love and understanding towards myself. I felt that it was a normal feeling, and a part of the process. These feelings came and went, but I never allowed myself to be controlled by them. Our decisions come from a deeper, clearer place; an insight rather than a reaction to those feelings.”

It was a few months after submitting his official documentation that Yosuke learned that he had finally become a record holder.

He read the email out loud next to his mother, immensely proud of the efforts he had done to achieve his record, and thankful for the meaningful mindset that he kept along the way.

“Always listen to your heart when it comes to following your dreams, and let nobody tell you that you cannot do something! There is nothing worse than growing up and looking back regretting a decision that you let others make for you. You will find those who will eventually support you, but you must learn to find that inner strength to believe in yourself no matter what.”

Aside from record breaking, he hopes to fly a helicopter over Africa, deserts, Egypt, the Sahara Desert, as well as parts of Asia and Japan.

And while this concludes his adventures for this particular record title, Yosuke has his eye on more in the future – ones that will be revealed as they progress along.

“The greatest adventures do not come out of nowhere. They come from a combination of learning what the rules are and knowing how to break them - in style. Adventure takes courage, and I hope many more people will gain the courage to dream and to shoot for the stars. It feels pretty amazing when you face your own fears and overcome them for something only you had the vision for!”

A Farewell Message From Matt Zuccaro

Laurence Petiard has been appointed head of external communications for Airbus Helicopters, effective January 2020. In this new role, she will be in charge of coordinating Airbus Helicopters’ media relations, web, and social media activities.
Airbus
Jan 17th, 2020

In this new role, Mazzini will be responsible for the company’s quality management system, as well as FAA, EASA, ISO9001 and AS9100 certifications.
Aircraft Propeller Service LLC.
Jan 14th, 2020
Rotorcraft 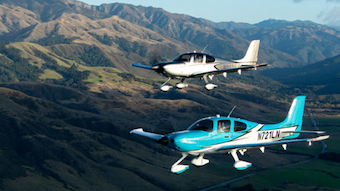 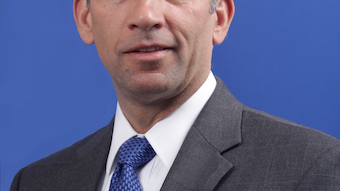 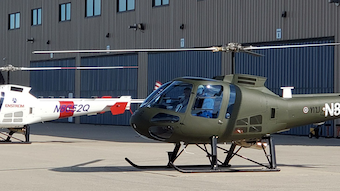