A new cargo center is planned to upgrade the airport’s infrastructure and improve distribution facilities.

Leipzig/Halle Airport’s expansion plan, unveiled some time back, shows that the airport will focus on upgrading infrastructure expansion and improving distribution facilities, including a second Cargo City, at an investment tag of 500 million euros.

The Mitteldeutsche Flughaefen board – Flughafen Leipzig/Halle GmbH, Flughafen Dresden GmbH and PortGround GmbH are managed by Mitteldeutsche Flughafen AG – has approved the investment plan for new apron areas, logistics and office buildings in the northern and southern part of Leipzig/Halle Airport (LEJ) along with a second Cargo City in the northern sector. This also includes the expansion and upgrading of the existing hub of DHL, which already maintains a strong presence there.

The allocated 500 million euros, spread over the next few years, will be the largest investment package earmarked for a German airport’s upgrading in the last 30 years.

Leipzig/Halle Airport, located in Schkeuditz, Saxony in eastern Germany, serves both Leipzig, Saxony, and Halle in Saxony-Anhalt.  It is Germany’s 11th largest airport in terms of passenger traffic, handling more than 2.57 million passengers in 2018, mainly, on flights to and from European destinations.

In terms of cargo traffic, the airport is the fifth-busiest in Europe and the second busiest in Germany, after Frankfurt Airport, having handled 1,221,429 metric tons of cargo in 2018, a 7.3 percent growth year-on-year basis. The airport is DHL’s central European hub and main aerologic hub.

LEJ has faced pressure to expand its existing infrastructure, particularly because of the incredible 10-fold growth it recorded in its cargo volume during the last 12 years. The growth driver has been the DHL hub, but other players at the airport also recorded healthy growth; more than 50 cargo carriers offer flights to Leipzig/Halle.

Last fall, the airport management company had also announced the expansion of the DHL hub in the southern part of the airport. This included an improved link between the two start and landing strips as well as creating new parking spaces for the aircraft of the logistic company, which wants to further increase its capacity and the number of flights.  As of today, up to 60 aircraft can be loaded simultaneously in Schkeuditz; with the expansion, there will be an additional 36 parking spaces.

According to the Leipzig/Halle sources, the new Cargo City will be independent of DHL.  Indeed, there are already 50 more cargo companies at the site and their operations are expected to grow in the future as well.

This investment is being touted as the “biggest investment package” of the Mitteldeutsche Flughaefen since the expansion of the Leipzig/Halle airport in the 1990s. The money is being provided by the airport management company.

The airport’s management company has ambitious plans for the airport’s growth.  Indeed, the chairman of the board of management of the Mitteldeutsche Flughaefen AG and the chairman of the Leipzig/Halle and Dresden airports, Goetz Ahmelmann, has been describing LEJ as among the most dynamically growing cargo airports worldwide, offering the necessary conditions and having potential to expand its role as a multimodal hub for express and cargo traffic between Europe and the world markets.

The airport, he points out, offers certain market segments, such as e-commerce, attractive operating conditions, particularly faster processing as well as a permanent readiness of customs clearance.

Professor Christopher Stoller, the ACG president, points out during a recent meeting that special regulations at the national level continued to impede development of Germany’s air-cargo sector. Germany’s export cargo is transported by trucks across the borders and, from there, flown unimpeded to various destinations. The ACG has been urging the European Union to create uniform regulations for the air-cargo sector. Such a move could considerably enhance the cargo volume – not only of Leipzig/Halle but also other German airports.

LEJ is also expanding its horizons and reaching out to international markets, particularly in the Asia-Pacific region, the world’s most dynamic region. With the airport on a continuous growth trajectory in cargo traffic for over 13 years, Ahmelmann describes Leipzig/Halle as a “freight hub of international importance” with up to 1,000 cargo flights starting and landing at the airport per week. These include about 120 weekly flights to and from Asia.

DHL, which has made Leipzig/Halle its cargo hub, plans to further extend its engagement.

“There are presently plans to add another 36 parking spaces for aircraft besides the existing 60 parking spaces used by DHL. This is a renewed commitment by our customer to its Leipzig/Halle base and is pursuing a clear growth strategy from which the airport and, indeed, the entire region will further benefit,” Ahmelmann says.

Ahmelmann explains that Leipzig/Halle airport, with its “ideal conditions” for air-cargo and logistics companies, provides direct connectivity to the trans-European road and rail networks as well as daily freight trains linked with seaports. He points out it also offers adequate capacity reserves. Because of the airport’s central location in Europe, trucks could reach other European destinations in a span of eight hours.

He further notes that the associate company PortGround offers logistics, ground and passenger clearance as well as cargo services as a one-stop service. The airport also has a 24/7 approval process for cargo flights.

“The customs service is also available round the clock which is, particularly, relevant for the e-commerce segment. All things considered, I see our airport well positioned in international competition and further on the growth path,” Ahmelmann says.

At the Paris Air Show held in June, Leipzig/Halle signed a MoU with Volga-Dnepr Group (VDG) aimed at building up a long-term strategic partnership for the airport’s further development as a multimodal logistics hub.

Effective at the end of 2021, the airport plans to increase the weekly flights alone with the Boeing freighter fleet from 20 to 50 by 2030.

“In addition, our companies plan an intensification of cooperation in areas such as marketing, operations and business and personnel matters. In the course of this cooperation, the VDG has been since 2006 a close partner of our airport. The Antonov 124 and IL 76TD-90VD freighters are part of our daily feature as also the Boeing 747 of AirBridgeCargo. Over and above, the associate company of Volga-Dnepr Group AMTES maintains here an MRO base for Russian as well as Western aircraft,” Ahmelmann says.

Being among the group’s long-standing strategic partners, Leipzig airport hosts VDA operational base, which has been functioning with assistance from Aircraft Maintenance and Engineering Service GmbH (AMTES), part of Volga-Dnepr Technics. For the next 30 years, AMTES will take on lease renewed hangar facilities to maintain effective and timely MRO of the group’s fleet. The company plans to modernize an existing 12 An-124-100 planes to meet existing ICAO requirements. VDG is a world leader in the market of oversized and super-heavy cargo transportation.

Despite the uncertainties plaguing global trade with the ongoing US-China trade war and its impact on the cargo business, the airport’s cargo volume rose by some 2 percent to over 511,000 metric tons; indeed, it achieved a record cargo volume of 110,419 metric tons in March 2019.

Ground handling is an equally important segment for the airport whose associate company PortGround has been investing in new technical equipment.

Cargo iQ’s Quality Rally, or Q-Rally, is an initiative for members to showcase operational improvements which are developed collaboratively, using data gathered by the group.
Cargo IQ
Dec 17th, 2019

TIACA is widening its vision to work on new initiatives with members from sectors which are new and unique but very crucial to the future of the industry.
The International Air Cargo Association (TIACA)
Dec 11th, 2019
ULD & Containers 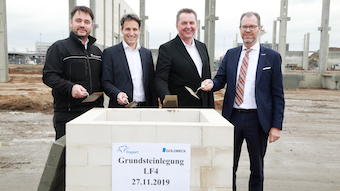 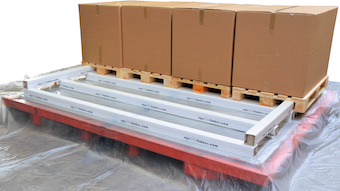 Jettainer is Exclusive Sales Partner for the Original Skids squAIR-timber 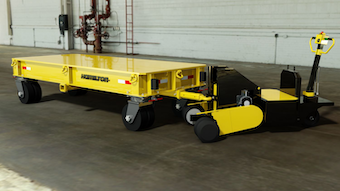 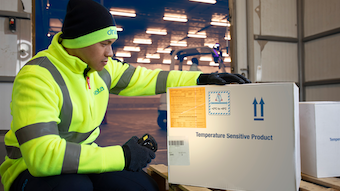 The accreditation complements dnata’s existing CEIV Pharma certification at Dubai International, demonstrating the company’s ability to move pharmaceutical products under the strictest standards across its operations in the UAE.
Dnata
Nov 7th, 2019

All 27 active containers were delivered to the ground handling company ALHA, Milan ready to ‘load and go’ on-board one of the AirBridgeCargo’s Boeing 747-8F services to hub in Moscow with further connection to Beijing.
AirBridgeCargo Airlines
Nov 7th, 2019 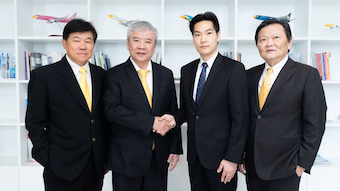 The agreement between the two parties was signed at the Nok Air headquarters in Bangkok.
Nov 7th, 2019 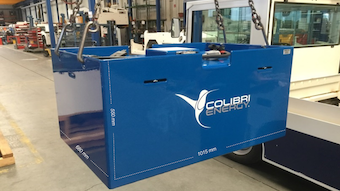