GSE manufacturers are making improvements to equipment to help ground handlers perform their work on the ramp and at the baggage carousel injury free. 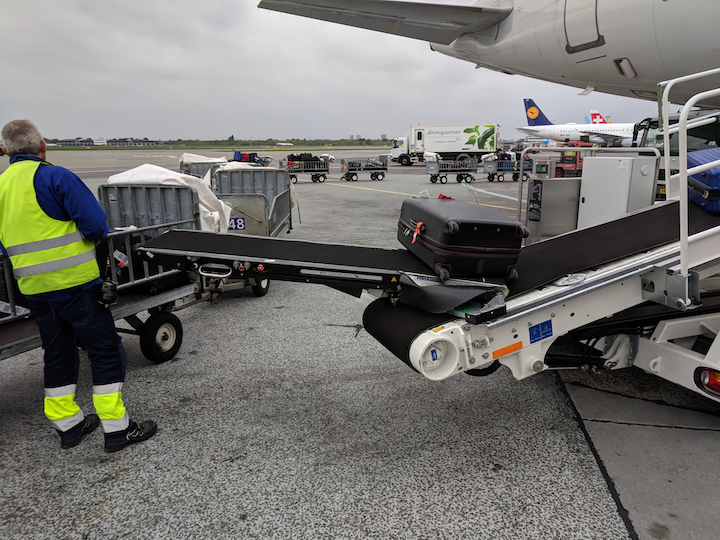 Work performed on airport ramps around the world can be difficult and physically taxing. In order to keep ground handlers from suffering injuries, the GSE industry is constantly evolving and creating new equipment to keep users safe.

Power Stow and Telair International, along with partners Swissport and AUXIVO are among those advancing GSE designed to protect the people who repeatedly load and unload baggage.

Qantas Airlines was in search of an aid to load and unload their aircraft in combination with their on-board sliding carpet loading system. The airline connected with Telair and the RTT Longreach was subsequently born.

The self-contained, bolt-on extension for belt-loaders allows users to handle baggage and cargo at a comfortable working height, sliding the items off the belt-loader safely.

It can be operated with either a joystick or handle with the use of only one hand, explains Andrew Freeman, manager of U.S. sales and field services at Telair.

“Up/down and inward/outward operation is fully powered and side-to-side movement is manual,” he explains, adding the latter function is designed to protect the doorway of the aircraft.

“It can be used at the front and back of any diesel or electric belt-loader,” he continues. “It has a unique ball tray design at the front, allowing the loader to easily position cargo in the direction needed without heavy lifting."

The RTT Longreach can also completely retract, so that it does not protrude when the belt-loader is being driven on the tarmac.

The device, which can be installed by the OEM or by Telair as a retrofit, is used in Australia, Denmark, Sweden, Norway, Dubai, Germany, London, the Netherlands and Singapore by airlines, ground handling companies and airports.

“Being that the RTT is developed in Sweden, and initially designed for Qantas in Australia, we focused on creating a system that works in all climates,” Freeman explains, adding it can also be used in the terminal.

“The RTT takes the heavy lifting out of the equation by allowing the user to manipulate the belt-loader to his or her needs,” he says, noting a unit can handle 50 kilos of cargo at a time and 150 kilos when the RTT is in a supported position. “It bridges the gap between the belt-loader and the aircraft, presenting the cargo to the loader – as opposed to having to reach for it.”

In addition to user safety, company officials say the equipment can speed up operations. It can mitigate aircraft damage as the RTT is designed to extend into the cargo compartment, allowing the belt-loader to be positioned further away from the aircraft. Likewise, it offers a level of protection to the cargo.

“The belt has also been widened to better accommodate wide body loading as the angle greatly changes due to the height difference of the belt-loader and wide body aircraft,” Freeman says.

Safe ramp operations are important, but ground service providers need to safely handle luggage once inside the terminal as well.

Power Stow is known for its extendable belt loader system, the Rollertrack Conveyor system, which provides unique operational features and benefits to airports, ground handlers and airlines such as American Airlines, Delta, United and Southwest. Power Stow has now launched a new device with the main purpose of assisting in unloading baggage and cargo from containers and baggage carts to the arrival belt in the sorting area, explains Ben Reeves, vice president of Power Stow Americas.

Most of the Transfer Belt’s functions, including movement, belt start and break release are all controlled via a multipurpose handle on the side of the device while ‘Stop’ and ‘Complete’ have their own dedicated buttons located on both sides of the machine.

“A single operator can handle a large number of items in an efficient and ergonomically correct manner,” Reeves notes, adding heavy lifting and twisting motions are eliminated while capacity per operator and loading speed are increased because baggage and cargo can be removed from ULDs or carts without lifting or carrying items.

“The operator uses one-third of the lifting force by simply pulling the bags onto the Transfer Belt instead of lifting and twisting. Thereby, this semi-automatic unloading method significantly reduces the risk of back and shoulder injuries, resulting in better working conditions and less sick leave.”

Currently used by baggage handlers at airports in Europe, the U.S. and Asia, the Transfer Belt is a retrofittable device and an add-on to new or existing arrival belts. Power Stow performs the installation of the Transfer Belt units, according to Reeves.

“The first prototype was initially made as a sub-project to a larger scale project concerning automatic unloading,” Reeves notes. “However, the principle of the Transfer Belt proved to be very efficient in itself and easy to adapt to a wide variety of different arrival belts.”

Since the initial prototype was tested in 2018 at different airports worldwide, a few technical improvements were made, including upgrading the system to 24 Volts, reducing weight and lowing power consumption. Power Stow has implemented a more modular design for easier serviceability, added additional safety features such as light indicators and sound warnings and secured UL-certification.

“The LiftSuit is worn like a standard backpack with two leashes tied around the legs. It has crossed rubber bands, running across the back, which store energy during the forward bending movement of the upper body and release it when the employee brings himself back in an upright position,” explains Swissport senior communications manager and spokesman Stefan Hartung.

“This reduces the employee’s muscular activity by up to 20 percent.”

Since more extensive long-term tests require certification according to European Union (EU) standards, Hartung says the LiftSuit is currently at the end of its developing phase and in the process of receiving these benchmarks. However, the device was recognized at the IATA Ground Handling Conference (IGHC) with the IATA Innovator Award.

“Swissport plans to, together with the manufacturer AUXIVO, conduct long-term tests starting in the first quarter of 2020,” Hartung says, adding it is expected to be available to the market later that year.

According to Hartung, the current model of the LiftSuit is a result of continually improving the wearing comfort and integrating the luminous effects of the mandatory high-vis vest.

“This was done based on feedback from Swissport employees, suggesting that this would make wearing the vest obsolete. Thus, improving the comfort significantly during hot weather conditions,” he points out.

The LiftSuit is lightweight in design and easy for ground service personnel to put on.

“Due to its unique design without any rigid elements, it is very easy to store and in no way disturbing during its use,” Hartung says. “The freely adjustable straps allow for a one-size-fits-all that can reduce the number of suits needed significantly.”

While it has been developed for use by ramp agents in the baggage sorting area and in aircraft holds, Hartung says it is not limited to those areas, and further applications in other areas are imaginable.

“The LiftSuit has been developed to primarily prevent and reduce musculoskeletal injuries during physical work activities,” Hartung says, adding it has delivered tangible results.

Carrying up to 40 bags in one journey, the driverless dollies use the latest navigating technology to memorize the airfield to determine the shortest route to transport luggage.
Aurrigo
Dec 12th, 2019

SOTI ONE Platform in use at Frankfurt Airport

The SOTI ONE Platform is critical in supporting Fraport AG’s ground handling services, which manages more than 120,000 items of luggage each day for over 69.5 million passengers per year.
SOTI
Nov 26th, 2019
GSE Technology

The SOTI ONE Platform is critical in supporting Fraport AG’s ground handling services, which manages more than 120,000 items of luggage each day for over 69.5 million passengers per year.
SOTI
Nov 26th, 2019 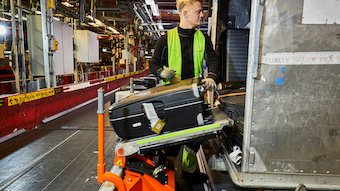 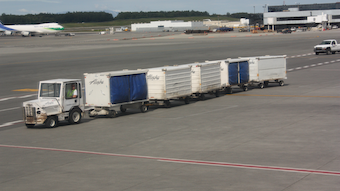 The Next Step for Accurate Baggage Handling

RFID capabilities allow bags to be identified and tracked without the need for human intervention.
Josh Smith
Sep 12th, 2019 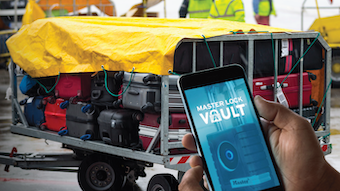 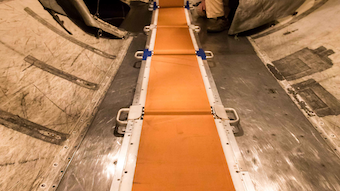 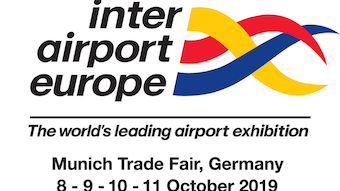 Are you planning to attend the biennial expo this October? Take a look at some of the new equipment that will be on display in Munich.
Josh Smith
Aug 19th, 2019 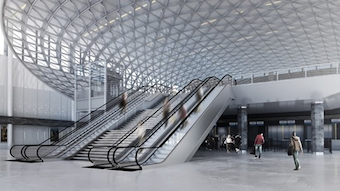 SITA’s self-service kiosks and bag-drop solutions will enable the airport to efficiently manage more passengers as it aims to increase capacity by more than 50 percent by 2021.
Jul 25th, 2019 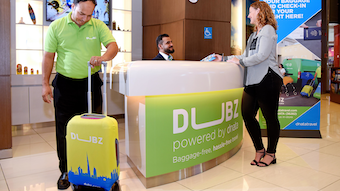 The DUBZ team checks in customers for their flights, prints their boarding passes, weighs and secures their baggage and ensures they are delivered to the airport and loaded onto the aircraft.
Dnata
Jul 23rd, 2019
Baggage & Cargo

Plastic Wrapping of Luggage Made Mandatory at All Pakistani Airports

Many of the country's airports have only one plastic wrapping machine, which caused a nuisance for passengers.
Jul 22nd, 2019 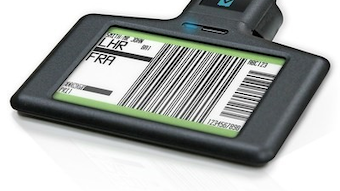 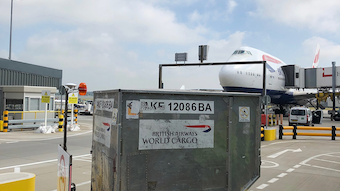 The trial started in March and has seen an existing dolly converted using LIDAR and GPS technology into a self-driving, electric vehicle that promises to increase the speed of loading and unloading luggage at airports throughout the world.
Aurrigo
Jun 27th, 2019