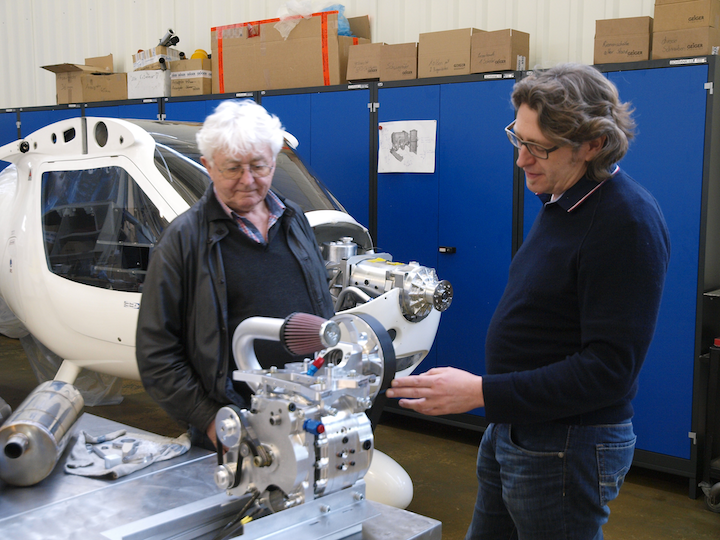 Alexander Geiger and Wolfgang Baier with a Flight Design CT with a two-rotor Geiger A2-74 engine in the background.
Marino Boric

Last year the German company Geiger Motor GmbH introduced two new Wankel aviation engines advertising them as "Power-to-Weight-Heroes". We could hear in the past many similar slogans from almost all other Wankel engine manufacturers, but Wankel engines never achieved success in the aviation engine market. Some projects disappeared, other were renamed many times, and just a few have found limited use in some niches. Geiger Motors is confident to be able to make it better. Now Geiger is increasing the pace launching a third Wankel powerplant which consists of two engines coupled by a gearbox with a single shaft output - a valid reason for AMT and its European correspondent to visit the manufacturer.

Aviation and Wankel, Not the Best Pairing

In the last decades several new, Wankel-cycle engines, were developed for aviation use. Often, too often, those rotary piston engines never entered a serial production or disappeared fast and are now rarely available for purchase. There were several serious attempts in this field like Mistral from Switzerland as a certified engine and many others (noncertified) that derived either from Mazda automotive core or a few others, mainly in Europe, based on the ancient Sachs (motorcycle) engine.

The Wankel engine could be the ideal choice separate text section for aeronautic use, being very compact, simple, lightweight, having a high power-to-weight ratio, and running smooth. Many designs suffered some common problems. Most relevant were thermal problems: cooling of rotating pistons was difficult and usually a not well-solved task. Those engines suffered problems with sealing surfaces on the rotor perimeter and on sidewalls, resulting in high oil and fuel consumption. Many manufacturers lacked sufficient funding, plus were not able to manufacture parts with tight tolerances, especially in smallest series.

Geiger is promising betterment Just here, on the precision parts manufacturing side, the German Geiger Motor GmbH sees his chance. Geiger is established as a competent supplier of parts to the automotive industry and is an expert in complex components production for manufacturers like BMW, Mercedes, and others. Geiger can count on about 100 highly skilled workers, at two manufacturing sites in Germany in Upper Franconia with a huge machines park. Among them are cutting-edge, CNC controlled machines, along with other milling and precision grinding machines to assure economical production even in smallest series.

Geiger, established in 1967, started in 2009 with the development and production of engines. The result is the rotary piston, Wankel four-stroke engine which consists of a low number of parts not having the intake/exhaust valves and drives. The wish to develop such an engine is understandable knowing that from the very beginning Wolfgang Bayer was involved in the engine development. He has worked for several decades on the development of rotary piston engines, even at Fichtel & Sachs. Having invested much in the development process and having disposal cutting edge machines capable of production of tight-tolerances components Geiger is confident to have overcome the problems typical to Wankel engines in the past.

Doubling the Twin, B4 Powerplant is Coming

The newest, still to be debuted, engine called B4-150 is Geiger's masterpiece. It consists of two A2, twin piston units - which drive through a clutch, a gearbox with a single output shaft. This uncommon two-engine solution with a single prop or power flange was chosen on purpose to power an aircraft or a helicopter giving the aircraft an unreached redundancy. The weight of the complete 200-hp unit is 352 pounds (160 kg) wet.

All Geiger Wankel engines use the same (rotating) piston with and the same epitrochoid-shaped housing/stator, with the resulting unit displacement volume of 305 cc³. This unit develops 50 hp at 8,000 rpm. The basic difference is the number of pistons used - that's why the engines are basically the same and just adding a segment, with low weight increase, the output power is being doubled.

The planetary gearbox weighing 20 pounds (9 kg) for the A2-100-hp engine was too heavy for the A1-50-hp engine (it would fit on that engine, too) so Alexander Geiger developed a belt-driven unit weighing only 6.6 pounds (3 kg).

As all Wankel engines, even this two rotor engine developed full power at high rpm, in this case around 8,000 rpm.

All three engines are equipped with an electronic control unit (ECU) fuel injection and electronic ignition. The fuel injection nozzles are located very close to the engine intake port. We say “port” because there are no valves on Wankel engines - so we can speak almost about a direct fuel injection. Now a single injector solution per rotor is used; the next batch will use two injectors per combustion chamber.

Diesel Wankel as a Game-Changer

Geiger is now developing versions with a direct (combustion chamber) fuel injection. In this case the engines will be able to run not only with Mogas (ROZ95), but the engines could then also be fueled with diesel or kerosene. This will give Geiger the access to the drones and military market which is going toward single fuel use. In this moment this is a highly confidential matter and engines running on dyno have reached an "almost serial ripeness" according to Mr. Geiger. The power output of this spark-plug ignited diesel fuel engines is lower than of gasoline engines but this disadvantage has been considerably lowered.

Geiger Range Extender on the Rise

Geiger debuted at Aero 2017 in Germany a new engine/generator solution for electric aircraft. Geiger is cooperating with the German generator specialist Engiro. The Geiger/Engiro 30-kw unit will be a perfect add-on for electrically driven aircraft which can stay airborne only for only a limited time on now limited battery capacity.

The durability of Wankel engines was in past not really the best. CEO Alexander Geiger is assuring that his engines will be significantly more durable than existing rotary engines. In his opinion better and more accurate manufacturing methods, new materials/coatings, better cooling, and lubrication are guarantors for a much longer durability. Geiger engines are cooled at the engine perimeter with water. This was not really an issue on other - liquid cooled-Wankel engines; the problem was a cooling of the rotating piston which is enclosed in the hot engine. The rotor was in the past often - insufficiently - cooled by air as a coolant and lubricated with the addition of oil drops. In this point Geiger engines are different. Geiger uses two oil circuits and two oil pumps. On a pressure side there is a constant oil flow (over 2 gal/min) in liquid form (not evaporated oil drops) to cool and lubricate the rotor internally. This oil circuit has a dedicated feeding oil-pump and an oil cooler. The warm oil is transported by a scavenging pump to the oil tank which is located just aft the engine, inside the space cage created by the engine (adapter) mount. This all-aluminum structure is bringing the Geiger engine in a much more forward location because it is 20 to 40 pounds lighter than other four-stroke engines. This engine adapter is being designed to fit the Rotax 912 engine mount. All engine moving parts (approximately 70 percent less than in conventional piston engines) together with the central drive shaft use ball bearings for easier maintenance. The rotor seals have been improved with new materials and coatings. According to Geiger the TBO should be at least 1,000 hours and will further rise.

In the past the fuel and oil consumption of Wankel cycle engines was pretty high; today this has dropped with a use of electronic fuel injection to “normal” levels, according to Geiger. The 100-hp engine burns 4 to 5,3 gallons (15 - 20 lit.) fuel per hour. Geiger speaks of "consumption similar to that of the de-facto industry standard, Rotax 912 ULS engine." Once extremely high oil consumption has been lowered to under 0,1 U.S. quart per hour of operation. Fuel consumption depends on the used propeller and actual engine load so the above values are not precise figures.

The two-rotor Geiger A2-74 engine is installed in a European UL, a Flight Design CT (almost identical to a U.S. Light Sport Aircraft version). Both engines are continuously running on a Geiger dyno 24/7 and already went airborne; the 50-hp engine on board a Fresh Breeze weight shifted trike, and the 100PS engine aboard a Flight Design CT.

The price of the smaller, 50-hp engine will be $7,400 (6,900 Euro), the bigger, 100-hp will cost $12,800 (11,900 Euro), all prices VAT excluded. Engines can be individually configured but normally will be delivered complete, ready to be installed, with electric, oil, and fuel systems. The first batch of 100 engines is right now in production and the delivery of the first engines from a serial production is scheduled for next few months. The distribution network is still being built and Geiger Motors is looking for interested distributors. Geiger's intention is to serve OEMs and local distributors will serve local markets.

As Engine OEMs Seek to Increase Their Presence in the Aftermarket, IBA Takes a Balanced View of this Sensitive Topic

Serial number 2 has been shipped to an OEM for testing and evaluation.
EPS Diesel
Jan 21st, 2019

The training program is now a single class, 5-day course that blends content from both prior courses, which focused on engine theory and disassembly/reassembly.
Jan 12th, 2019 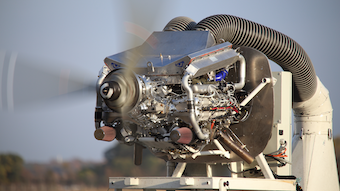 The company encountered delays in the past year primarily due to funding and the lengthy software certification process.
EPS Diesel
Dec 5th, 2018
Piston Engines & Parts

The partnership with Continental Motors materialized with the delivery of the first 6 engines kits, after the CAAC validated the experimental building rules.
Continental Aerospace Technologies
Dec 4th, 2018 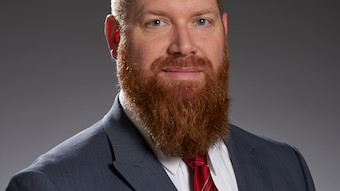 The facility will encompass 275,000 square feet (25,000 m2) and the Blue Marlin project in its globality represents a $75 million investment back into the Mobile region and team at CMG.
Continental Aerospace Technologies
Aug 23rd, 2018
Piston Engines & Parts

Lycoming will be offering its popular Piston Engine Service School at EAA AirVenture, sessions will be held Monday through Saturday from 9:30am-11:30am and 1:00pm-3:00pm.
Lycoming Engines
Jul 23rd, 2018 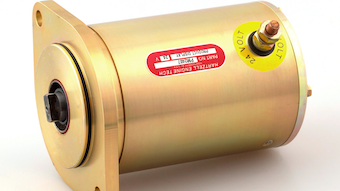 The new PM-series starter that Cirrus is now using as standard cranks at twice the RPM of the original starter, making it the highest RPM starter available for Continental engines.
Hartzell Engine Technologies LLC
Jul 9th, 2018 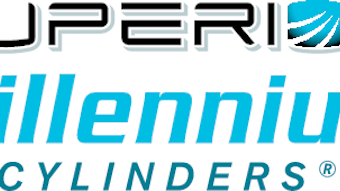 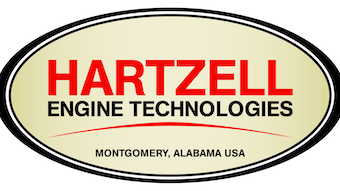 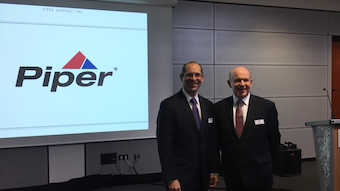 Equipped with counter rotating engines and the latest versions of the universally acclaimed G1000 NXI by Garmin®, the Seminole is the ideal choice for training organizations.
Piper Aircraft
Apr 18th, 2018