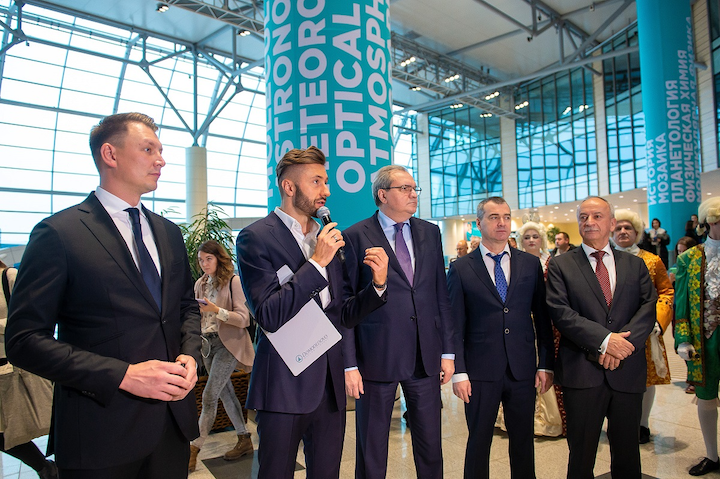 Domodedovo Airport has launched a themed zone, named the Area of Discoveries. It is devoted to Russia’s great scientist Mikhail Vasilyevich Lomonosov. Moscow Domodedovo now honors the polymath under the Presidential Decree.

LOMONOSOV CAFÉ has opened on the second floor of the terminal building. The venue serves unique dishes from Domodedovo’s inflight catering facility. LOMONOSOV CAFÉ has Russian, English, and Chinese menu cards. Imperial Open Pie and Northern Lights tarts are the specialties of the house, as well as other dishes, reflecting Lomonosov’s life.

During the opening ceremony, a spectacular dance flash mob took place. Firstly, the performers lined up for a polonaise, an eighteenth-century dance, and then gave the audience a modern jazz routine. Our young visitors could participate in workshops, exploring Lomonosov’s ideas. Everyone could create a mosaic, observe an experiment, or build a kaleidoscope.

Airport guests can attend a photo exhibition, explaining how we employ Lomonosov’s ideas nowadays in molecular physics, meteorology, astronomy, optical engineering, planetology, geography, etc. Many of his ideas have been ahead of its time and serve as a basis for new discoveries to this day.

Additionally, another four concepts will open shortly in the airports Terminal’s 2 and 3.
HMS Host
Jan 6th, 2020 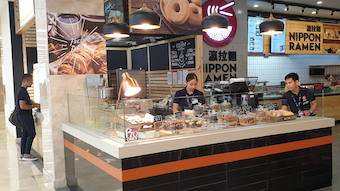 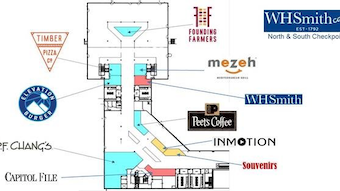 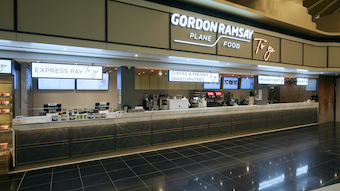 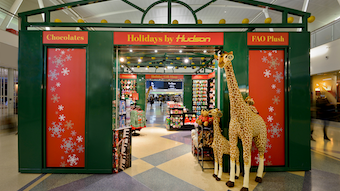 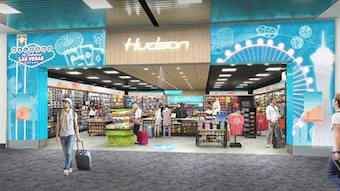 The traveler's best friend announces the future of its retail stores and next generation of consumer offerings to enhance the world of travel.
Hudson
Dec 10th, 2019 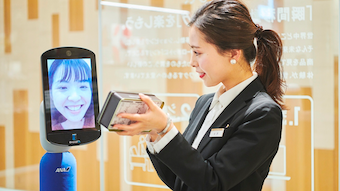 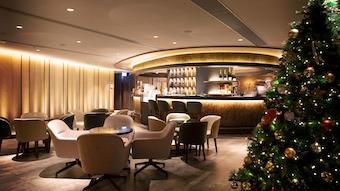 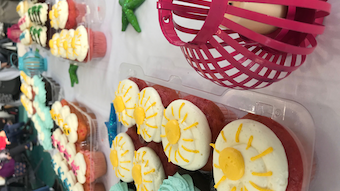